The Legend of Zelda: Breath of the Wild Review

This article was originally published at HeroesOfPlay.blog

I tried to make a list of games or series which I see elements of in The Legend of Zelda: Breath of the Wild (BotW), whether outright or more subtle. The games include Far Cry, Assassin’s Creed, Tomb Raider (2013), Dark Souls, Monster Hunter, Chrono Trigger, Shadow of the Colossus, The Elder Scrolls and Minecraft. Now to be fair, all of these games in one way or another were likely (if not openly), influenced by the Zelda formula. Reviewing a game by writing about similarities with other games is both a boring and lazy so I had to get this out of the way before starting the review properly. 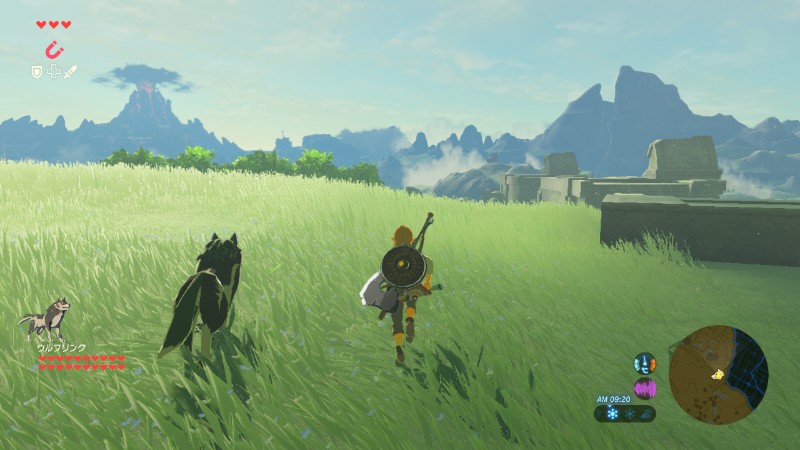 What I won’t be able to avoid comparing it to is Ocarina of Time (OoT). The reason is that this is the kind of sequel to that game that I dreamed about as a child. Four Zelda games followed OoT in style and while all introduced new elements, none strongly differentiated themselves from it. The basic structure remained essentially the same in all these games. BotW retains many of the themes and aesthetics of the Zelda series but it truly distinguishes itself from what came before in a way we haven’t seen since OoT. 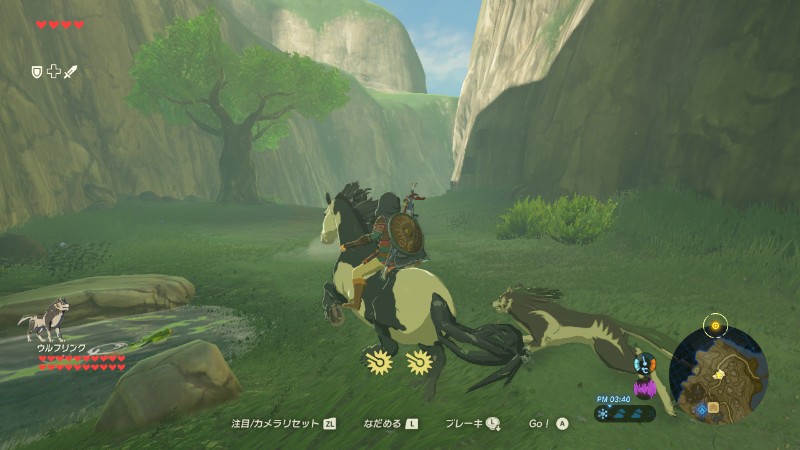 BotW takes many of the elements that make your standard Zelda game and segments them. Instead of several large dungeons, BotW has over hundred much smaller shrines. Instead of having items unique to specific dungeons, the game gives the player the essentials in a tutorial and hides a huge variety of items within the game world for the player to discover. Instead of setting Link on a specified path or at least making the easier locations more likely to be found first, the game is truly opened up with limited guidance still available for those that want it. Even the soundtrack, is subtlety spread over the land; only being clearly heard in certain contexts and most often audible as brief notes in the wind. 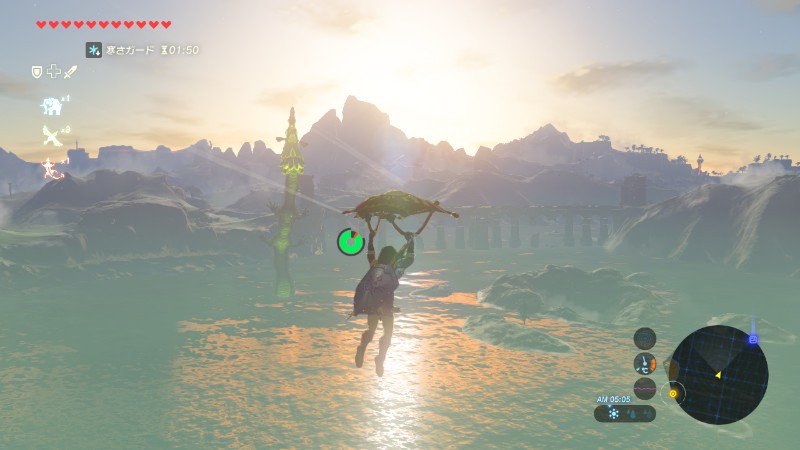 Coming back to OoT, I remember being amazed at the size of Hyrule Field when I first wandered out of the Lost Woods. Those a little older than me probably had the same feeling when they first started the original Zelda on the NES. I also remember the terror when I moved close to what I thought was a harmless flower only to see it emerge from the ground and beginning spinning its razor-like petals towards me like a living buzz saw. In subsequent playthroughs I remember becoming annoyed at just how empty this amazingly large field was and how much better it would be if there was more to see and do. BotW managed to both amaze me with its scale and satisfy my desire for depth within the world. As I write this review, I still have yet to see much of what is hidden in the game world and know there is still a lot more to see and do. 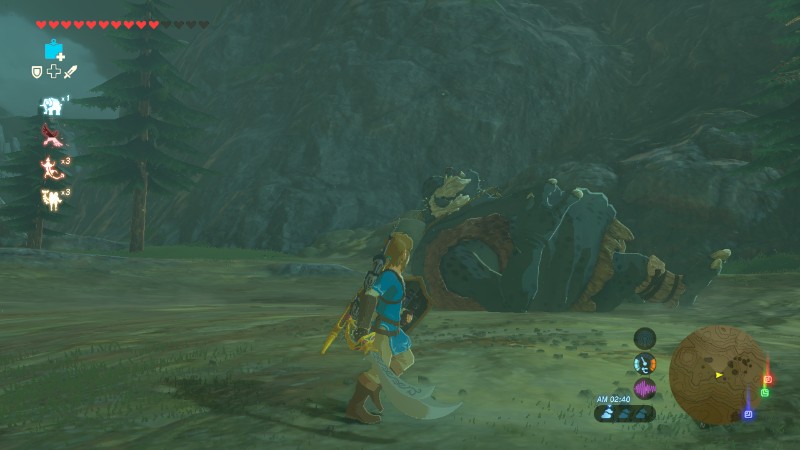 At this point I should point out that a lot of what is there to occupy the player is the usual collecting, fetching and looting found in many games in the genre. What makes this easy to overlook is just how much fun is to be had and how much time can be sunk into, merely exploring the world. As someone who is generally not into exploration, I was surprised at just how many play sessions saw me wandering off a set path into the unknown. I especially enjoyed climbing hills and mountains, even when what awaited at top turned out to be disappointing. 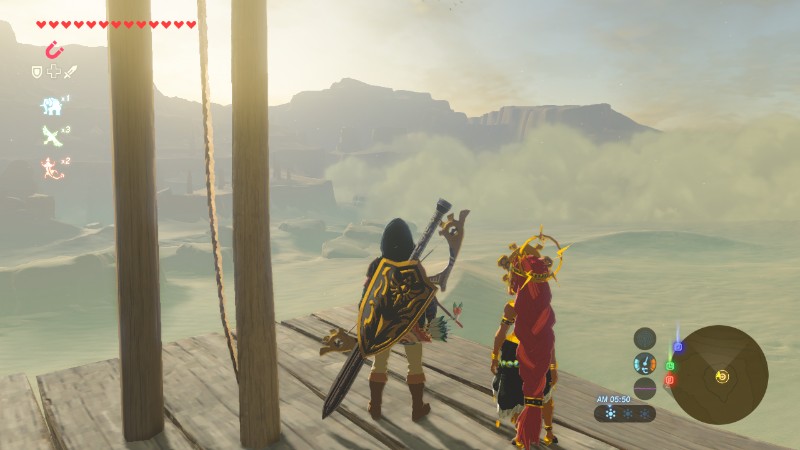 Even with this, I and no doubt many other players won’t shy away from criticising aspects of the design. For me, the chief annoyance is item degradation. I’m not necessarily hostile to this design, I just think that if it is to be implemented, it needs to be implemented sensibly. For example, wood can break easily, so it makes sense when a wooden stick you just pummeled a group of bokoblins with breaks over the head of the next enemy to cross your path. This is not so much the case when dealing with steel or even thicker wooden clubs. How people feel about this design will be very much down to taste though. I liked being forced to use different weapons but I didn’t like that I couldn’t keep using the weapons I preferred without having to find them again after their inevitable destruction. The same goes for shields and bows which also degrade quickly with use. What would have really improved is having more expensive or much rarer items that remained robust for those that preferred to stick with one weapon. It wouldn’t have hurt the experience to have had this. 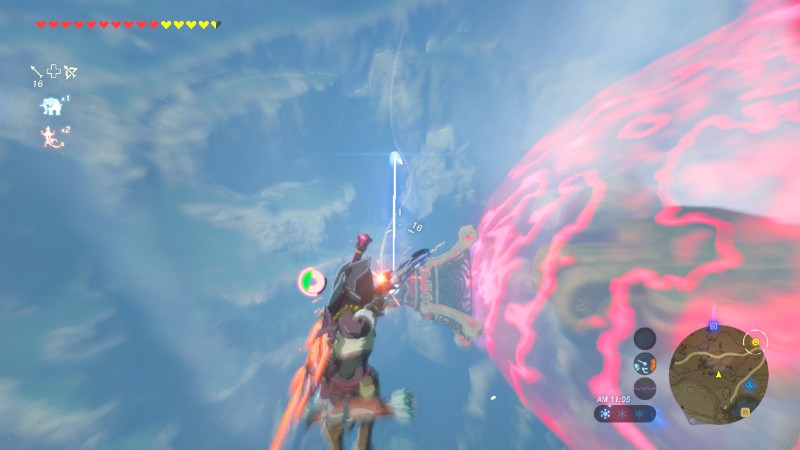 The other area that may cause annoyance is the stamina bar. The stamina bar was introduced in Skyward Sword so it isn’t a new mechanic for the series, but it is made far more important in BotW. Any time you run or climb or exert energy in a significant way, your stamina bar will deplete. It begins very small and only gets stronger by completing shrines and collecting orbs. On top of that, the player must collect four for each upgrade and both stamina and life (hearts) are increased the same way; making for some difficult choices early on. As it happens, I quite enjoyed this mechanic and found it rewarding to just make it to the top and more amusing than not when I just fell before the summit. There are other ways to enhance this with both the cooking mechanic and some specialised clothing. The only real annoyance I had was with rain which makes climbing far more challenging and the rain often seemed to pour when that’s what I wanted to do. 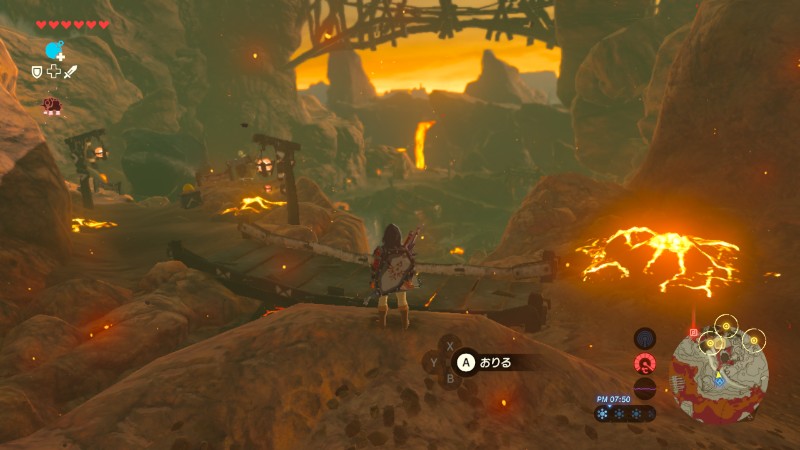 So Breath of the Wild is certainly not without it’s faults but I think it’s fair to say that most of the best video games have some really annoying elements in their design that get banished down the memory hole when we look back at the overall experience. That or the game is played so frequently and thoroughly mastered to the point where these annoyances become routine. I think the same could be said of BotW. It will frustrate the player but it is far more entertaining than it is frustrating. For now, I am done with the game after a good forty hours spent with it. While I certainly haven’t put in the same hours I’ve seen some have put in, it is already up there with my most played Wii U games and I know I’ll be going back sooner or later for more. I don’t need to convince Zelda fans, most of whom will have bought it long before the review. I can only say that if it has been a long time since your last Zelda, this is certainly one you’ll want to consider.

This entry was posted in Game Reviews, Video Games. Bookmark the permalink.